in Games ดาวโหลด - on 4:13 PM - No comments
How to download ,Install and play Delta Force Black Hawk Down Demo
background
Base on true story ,but added some to make it more thrilling and reasonable. Let's dating back in 1993,US Army sent the special forces to sneak in Mogadisu,Somalia South Africa.Of course this dangerous mission was no unit assigned,but Delta special forces unit that was special train ,task and equipped with the special weapon and equipment.The mission was to capture the leader of the opponent ,however during the operation one of the CH-60 or Black hack was shot down ,so the new mission was assign to search and rescue the pilot who be be kept or hide somewhere near the scene .
This game is a FPS game good for adult 18 up. If you want to combat or learn how the soldier combat the enemy or the opponent this game is for you .
1 To download click the link Black Hawk Down Demo
2size 133 MB. it take about 5 minute for high speed internet
3 after download ended
4 just click the file to install
5 welcome to install just click Next to go on
6 Licence of agreement ,click yes
7 for destination folder to install just click next 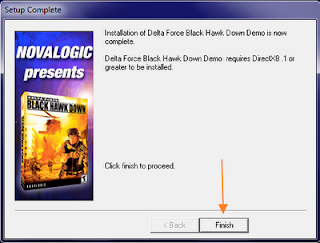 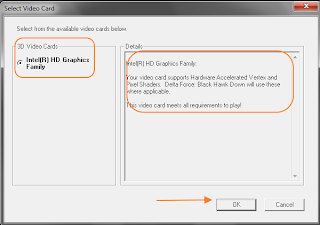 2 from the game menu let's begin from single player 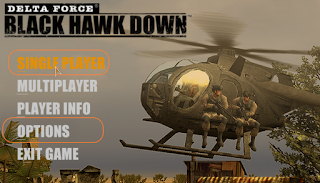 3 will be the study the operation order there are short brief of ops ordd.
1 brief current situation tole there were some of UN staff were captured and hostages in the building ,the insurgency group equipped with the rifle and RPG .Terrain urban,building and the weather clear and hot
2 Mission Delta team z and s move by the helicopter to the landing zone and conduct the search and rescue the hostages
3 Execution Cmd's intent safe all hostages and sent them to safe area
4 combat support as SOP 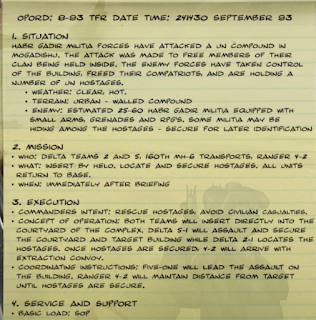 5 after studying the situation now we can continues the play .Lest's begin from taking the chopper to the drop zone and on the way first mission is to eliminate the RPG shooter .There will be warning of the RPG time to time .Tip fast and accurate are the keys to pass the mission 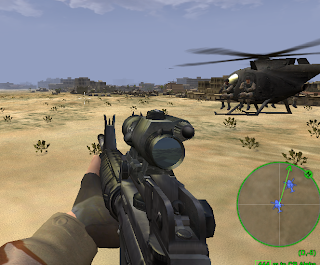 6 when you reach the drop zone in the front of the building , enter the door and conduct the search and rescue ,cleae the floor and then go up the upstairs ,men the .50 on the roof to defense the counter attack 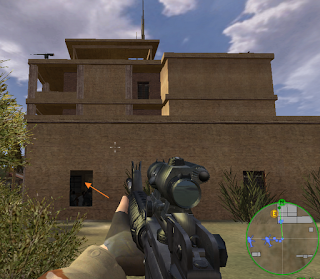 CQB tactic
Press 5 on keyboard to change from gun to grenade and 4 for flash bang ,just before entering any rooms through them first and then move in to clear the room
How to control the game
Left mouse to shoot
Right mouse to Zoom
Press 1 2 3 4 5 6 to change the weapons
Press z to lay down
Press x to toggle of standing and kneeling 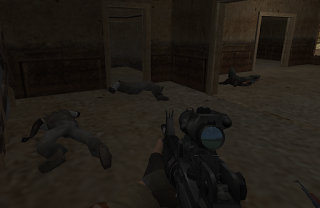 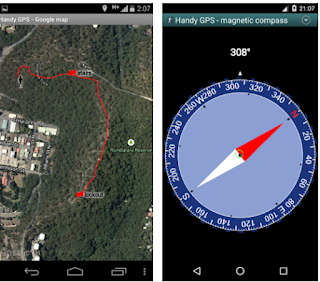